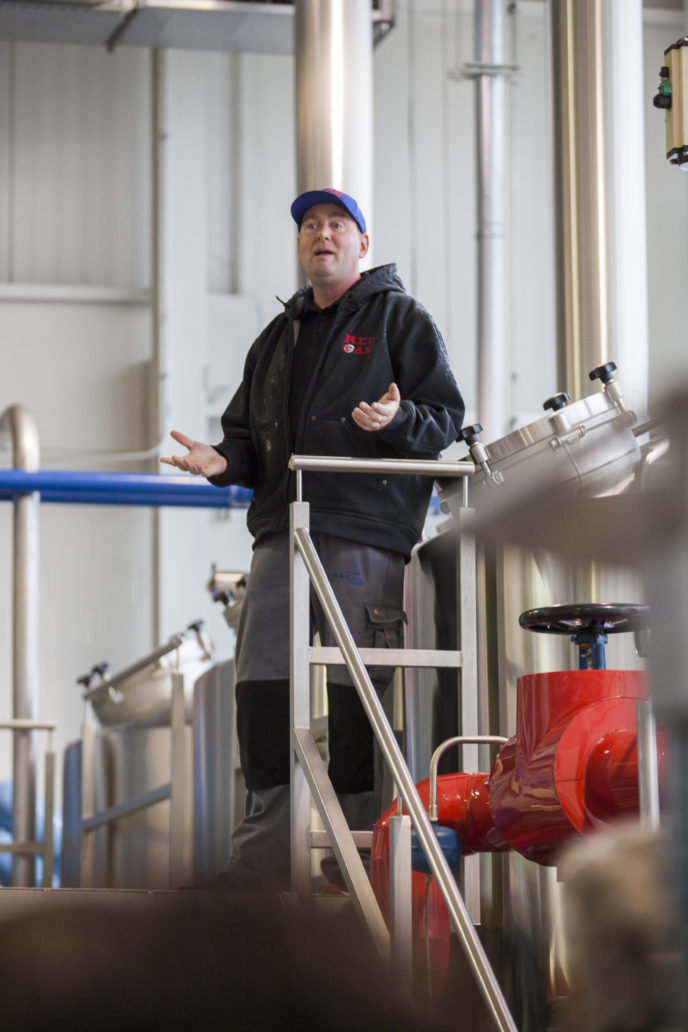 Chris Buckley was born and raised in Germany, where at an early age he was taught to see beer as a foodstuff to be savored and enjoyed responsibly. His love of cooking led him to brew beer, and he began brewing professionally in 1995. Chris started his brewing career in the Paulaner Brewery in Munich, Germany. Paulaner began brewing beer back in 1634, and the original brewery had fermentation cellars over 200 feet deep in the ground. There he learned the traditional approach to brewing and malting from true masters of the trade and graduated from the prestigious Bavarian Chamber of Industry and Commerce Brewing and Malting Program in Munich, Germany. As part of his Brewers Day graduation celebration, Chris took the oath to brew beer according to the 1487 Munich Purity Law (which is 29 years older than the 1516 Bavarian Purity Law). He’s been true to the Reinheitsgebot ever since! Chris joined Red Oak in 2004 and has developed and created the recipes to all of the Bavarian Style Lagers, which are brewed on the state-of-the-art 50-hectoliter, Rolec Bavarian-made Brewhouse. Chris says working for Red Oak is amazing as it is a real luxury for a Brewmaster to have a cellar capacity that allows for proper aging and natural carbonation. He has a great team of brewers that keep the beer flowing when he’s pursuing his favorite pastime, traveling.